*OspreyFX would like to state that traders should research extensively before following any information given hereby. Any assumptions made in this article are provided solely for entertainment purposes and not for traders to guide or alter their positions. Please read our Terms & Conditions and Risk Disclosure for more information.

If you are a cryptocurrency trader or simply an amateur of digital assets, you surely know about Bitcoin. But did you know that Dogecoin is also a first-generation cryptocurrency? Similar to its predecessor, it can be used to transfer value globally in a secure manner. In this article, we unveil everything you need to know about this trending coin.

An unlikely crypto candidate recently rose to fame following vocal support from Tesla CEO Elon Musk on Twitter. Perhaps you’ve heard of Dogecoin. Basically, the digital currency started out as a practical joke when its founder Billy Markus used the then trending ‘doge’ meme. The meme which pictured a Shibu-ino dog with colored text in comic sans font was popular around 2013. Dogecoin founder thought it would give some people good laughs to hop on the cryptocurrency hype with this fun concept.  None would have predicted, least of all its own creator, that the humor-born crypto would amass its own cult following in the years to come. Indeed, Billy Markus himself cashed in his coins in 2015.

The very first market breakthrough of Dogecoin occurred in December 2013 when its value jumped 300% and sparked investors’ interest. While the rally was short-lived, a few days later the coin’s native wallet Dogewallet got hacked for millions of Dogecoins.

Viral posts shared by celebrities on social media have monumental ripple effects. While this influencing behavior was previously tried and true for advertising companies, it was proven to also impact the financial markets and in particular the crypto world.

Indeed, the sensationalism created by one tweet from the richest man in the world managed to boost the meme-inspired token to record highs. The Dogecoin craze can be likened to what happened with Bitcoin in late 2017 when its price beamed to $20,000 only to plummet to $3,000.

Like its first-generation crypto peers, Dogecoin was created with basic functionalities and a secure network. Back then the common features of digital assets such as smart contracts, staking, and others were not yet in use. The true uniqueness of Dogecoin is perhaps the concept it represents. Its creators never intended for it to carry the same philosophical message of freedom as Bitcoin does. Neither was it ever considered a replacement or alternative to Bitcoin in the market. It was simply built to spread light-hearted humor.

Nevertheless, Dogecoin brings a lot of advantages to the crypto market. First, it can be used for secure transactions and transfers of value across the globe. Today more vendors and businesses than ever accept payment with this distinctive token.

Moreover, Dogecoin has technical characteristics that are similar to Bitcoin. In the sense that it provides safe transfers with real-time consensus. The digital currency uses a Proof-of-Work consensus algorithm to keep the network secure. You can only mine Dogecoin using dedicated FPGA and ASIC devices. It also makes it very complex for hackers to attack as they would need to control over 51% of the network’s hashing power to make changes to the blockchain. 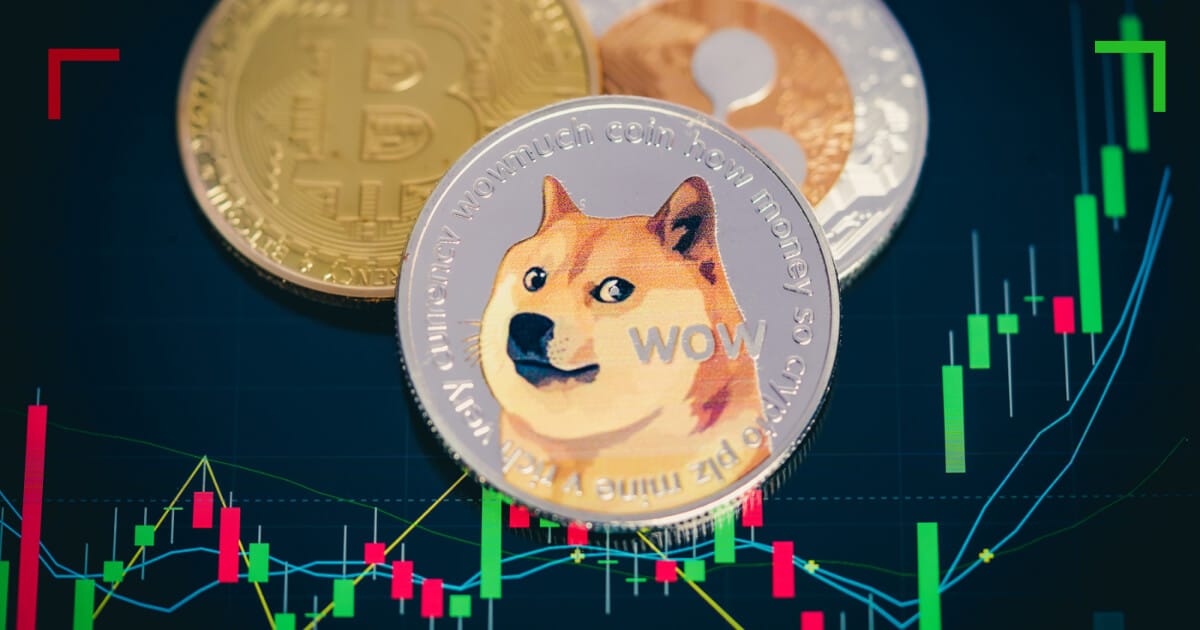 Contrary to the first-ever crypto Bitcoin, Dogecoin has no cap. While the project started with 100 billion coins in circulation, by 2015 all those coins were mined – or dug. So the developers issued 5 billion more at the time, and currently schedule a yearly issuance of the same amount.

Diggers are network nodes that validate new transactions and add blocks. The process of digging Dogecoin is less aggressive than Bitcoin.

You can find DOGE on several exchanges such as Kraken and Binance.

There are different ways to store your DOGE. You can use wallets available on iOS and Android for free, and even trade your coins from the mobile app. However, if you plan to HODL Dogecoin for a long period of time, a hardware wallet is your best option. It stores crypto offline making it more secure and virtually inaccessible to threats.

The story of the meme-inspired crypto Dogecoin is probably the most unusual and eclectic in the world of digital assets. And while its notoriety was unexpected by all, it remains today a digital currency to consider for diversifying your investment portfolio. The DOGE offers several advantages and as long as it is supported by celebrities, you can expect its value to rise. But can one ever be too sure of what trend social media sensationalism will bring next?

OspreyFX is the perfect partner to help you on your trading journey. We pride ourselves on offering our traders the right tools needed to ace the markets, traders can now trade with better insight with our Forex Calculators.

Trade Forex, Crypto and Stocks with up to 1:500 Leverage on a True ECN Forex Broker.
Sign Up